The Long Term Care Risk - Put Yourself in Their Shoes

In many ways they were a typical American couple. A love affair between Yankee and Southerner, the Farones married in 1965 and later retired to Murfreesboro, Tennessee. Having worked in the nursing home industry, Barbara appreciated the value of long term care coverage and convinced them both to purchase policies in 1997.

Although Barbara had suffered a heart attack and been diagnosed with brain cancer, steadfast Vince was the kind of fellow you'd call "healthy as a horse." It's Vince we're going to focus on...

His hands started to shake ever so slightly. He began to turn his words around.

Over the course of the next four years, a rare degenerative nerve disorder gradually took hold, robbing Vince of his speech and muscular control until he could no longer walk nor feed himself.

Even when the most Vince could do was chew and swallow, his long term care policy allowed him to stay at home until the end. Rather than care for him, his wife was able to care about him. With the help of their wonderful provider, Barbara took Vince to many of their favorite destinations.

Because they planned ahead, the Farones gave themselves choices, and Vince lived-- and died-- with dignity.

Theirs is a true story. You needn't believe us. Hear Barbara in her own words.

Who Will Need Care?

This year, about 9 million Americans over the age of 65 will need extended care. By 2020, that number will increase to 12 million. Most long term care claims are filed for dementia (the loss of cognitive functioning such as thinking, remembering and reasoning) than for any other cause, and these claims are also the longest and most expensive. Although there are dozens of types of dementia, Alzheimer's disease is the most prevalent, affecting an estimated 5 million Americans.

While most people who need long term care are over age 65, a person can require LTC services at any age. In fact, it is estimated that forty percent (40%) of people currently receiving long term care are adults 18 to 64 years old.

What are Your Chances?

How do you know which kind of future you'll have? Factors that increase your risk of needing long-term care include:

How Much Care Will be Required?
It is impossible to predict how much or which type of care any one person might need. However, using data from millions of claims we know that:

You may never need care. You may be one of the lucky ones. But if you're not... the consequences to your family could be devastating.

This page contains content and facts from The National Clearinghouse for Long Term Care Information. 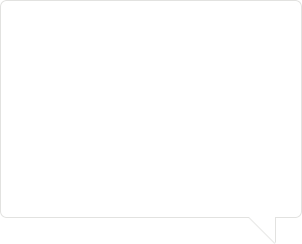 "The National Plan includes a recommendation that consumers get more information about private LTC Insurance options..."