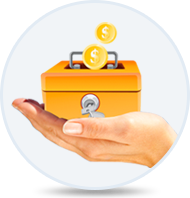 How Safe Are Rates?

If there’s been one consistent headwind against long-term care insurance (LTCI) sales over the last decade, it’s been the unseemly attention garnered over rate increases. Lucky for us, this summer’s LTCI Pricing Study not only addresses this issue head-on, but largely quells such fears going forward. Let’s see how they did it.

We can argue that rates today are more stable in three ways: Qualitatively, Assumptively, or by Predictive Modeling. In the first approach, it’s only logical that rates would be more stable today than yesterday because:

The second argument looks at our key drivers—morbidity, mortality, lapsation and interest rates—which have all grown more conservative. In fact, we’ve reached a point in time where it would be hard to adopt assumptions that are any more aggressive. Finally, we can create a Predictive Model, which is where the LTCI Pricing Study comes in.

A joint project of the Society of Actuaries and Intercompany Long Term Care Insurance Conference Association, the study aggregated data from six carriers who have each been actively selling LTCI for more than 15 years. Using this data, the study created hypothetical blocks of business at three points in time (2000, 2007 and 2014), then forecasted the expected claims experience of each block—using only what was known at the time (no 20/20 hindsight).

One of the critical findings to emerge from the LTCI Pricing Study was how our confidence in the underlying assumptions has grown over the years. In other words, there is less uncertainty around the estimates themselves. Think of it this way, if you ran an insurance company with a total of just 10 in-force policyholders and all 10 went on to claim benefits, it would skew your view of the world—and massively affect the rates you charge for your next product! On the other hand, if these same 10 claimants were part of an in-force block of 1,000,000 lives, then their impact would be much more diluted. So, the more data you have, the more confident you can be that your results are not tainted by any extreme outliers.

The LTCI industry exemplifies this. Underlying our assumptions are now 7 million policy-years of experience—16 times the number we were using in 2000. And, in the cohort where claims are most likely to occur—ages 80+ and durations of 10 or more years—we are working with 70 times the data.

The LTCI Pricing Study allows us to travel around in time and say, “Using the best available evidence, what would we have said was the likelihood of a rate increase in 2000?” (or 2007, or 2014?) In a later refinement of the work, the authors were also able to estimate the average magnitude of such an increase. Based on the model, we’d have said there was a 40% chance of a rate increase on business issued in 2000, a 30% chance in 2007 and just 10% in 2014. Similarly, the size of such an increase (if one did occur) has dropped over time, from 34% to 18% to 10.

Now, it would be easy to counter, “But we did have a rate increase on that old business…and it was larger than 34%.” But remember, this is no different than the meteorologist on your morning news telling you there’s a 40% chance of rain today. Just because you go outside and get dumped on doesn’t invalidate the forecast. In fact, it’s just as likely that the model, which underestimated the odds of a rate increase on business year 2000, may be overestimating the odds of an increase on today’s business.

And that’s one of the other big takeaways from the LTCI Pricing Study: there is a huge amount of upside to LTCI right now. If reality turns out to be more generous in the future than our assumptions today (eg. interest rates increase, or Alzheimer’s is mitigated), then the risk margins built into the pricing can be returned to the carriers as profit. It is a near-certainty that carriers will find themselves unable to stay away from this market. (In fact, we already know of one new entrant who will debut in early 2016.)

Although the math behind the LTCI Pricing Study is hairy, the conclusions are straightforward. So is the intent. Financial professionals want to recommend LTCI, but at the same time need reassurance that the product is safe. After 18 months and peer reviews, this solid research will go a long way toward winning back such producers—and the clients who depend on them for sound advice.