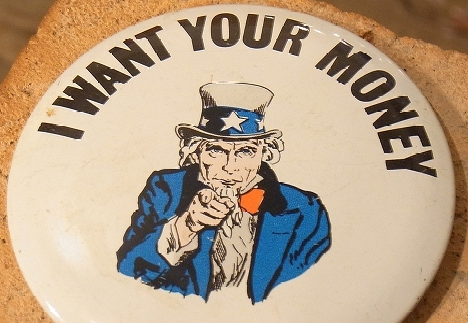 The power of leverage to selectively enforce legislation

The DRA and Real ID: A Decade of Divergence

An article ran in the December 28th, 2015 edition of the New York Times detailing a fight between the federal government’s Department of Homeland Security and the states over a 2005 law that would bar some residents from commercial air travel due to their non-compliant state driver’s licenses.[i]

It’s an interesting story, and one that impacts nearly all of us, but what does it have to do with long-term care?.

The 2005 Real ID Act was enacted by Congress on the recommendation of the 9/11 Commission, and it requires states to comply with minimum federal standards when issuing driver’s licenses. These include new burdens on drivers (eg. proof of immigration status and social security number), the cards themselves (eg. use of new machine-readable chips to store information and deter counterfeiting), and the agencies issuing them (eg. conducting background checks on employees issuing driver’s licenses). The cost alone—perhaps as high as $11 billion—was just one reason states objected. Several state legislatures took the extreme countermeasure of passing their own laws literally banning compliance with the Act.[ii]

So, if you’re the federal government, how do you compel the states to adopt your law? First, you apply pressure by barring visitors to military bases and nuclear sites unless they can show proof of ID from a compliant state. Then, when that doesn’t work, you exert your leverage over air travel via the TSA, preventing travelers without compliant ID’s from passing security checkpoints to board their flights. As one commenter notes, “This is a game of intimidation being played out between ... the federal government and state governments, with ordinary citizens being squeezed in the middle.”[iii] Even the IRS can exert extraordinary leverage: suspending the passports of tax-filers overseas and stranding them abroad.

And this is where we get to long-term care.

2005 was a productive year for Congress, since they also passed the Deficit Reduction Act (“DRA ‘05”), which contained some of the widest-reaching Medicaid reforms since 1993.[iv] Besides widening the Partnership Program nationwide, you’ll remember these:

Eleven years later, there are still 23 jurisdictions which have yet to fully comply with the DRA[vi] and/or OBRA ’93—the law which made estate recovery mandatory. We know this because Congressman Fred Upton (R-MI) and Senator Orrin Hatch (R-UT) wrote to then-CMS Administrator Marilyn Tavenner[vii] last January to raise this very issue. In their letter they pointed out how federal Medicaid dollars may be paying for individuals who are not eligible for coverage, thus straining the program’s ability to pay for rightful Americans.

Here’s the irony: whereas Real ID costs states money, implementing these reforms would actually save states money, as much as $2.5 billion. Very few non-tax sources of revenue can do better. More than that, they’d spur interest in private long-term care insurance. And we know that LTCI is a net-positive for states: each new policy saves Medicaid approximately $8,000 over its lifetime (at a minimum).

As we begin 2016, there are no shortage of trial balloons being floated by various advocacy groups who envision new ways of financing America’s system of long-term care. Included among these are dozens of Medicaid reforms, but it is hard to justify a menu of new reforms when we have yet to fully realize those enacted over 20 years ago.

In November, 2014 the Inspector General released a report three years in the making, to determine whether states were implementing federal law designed to restrict high-net worth individuals from accessing Medicaid, and to quantify states’ estate recovery efforts. Here is what the IG found:

On average, estate recoveries are a good investment. In 2011 the states spent a combined $34M to recover $498M (or $14.60 for each dollar invested). More could be recouped if obstacles to spousal recoveries were lifted. In those 51 states identified above, about 1/3rd of Medicaid NH residents who own a home have a spouse still living there. If the Medicaid-recipient outlives the community spouse, the state will make the recovery; but if the community spouse outlives the Medicaid NH recipient, those assets are protected by law in many states (even after she dies).

As a percent of total Medicaid expenditures, some states recover a higher share than others. At the top of the list is Idaho (recovering 5.4% of what it spends on nursing facility costs, or 2.2% of total LTC costs when HCBS are included). Extrapolating from these numbers, Steve Moses of the Center for Long-Term Care Reform calculated the combined recoveries from all states if they did as thorough a job as the Gem State. Instead of the $497M actually recovered (according to the Inspector General’s report), total recoveries could have been as great as $2.9B. In other words, there’s an additional $2.5B currently being forfeited by the states through no fault but a failure to enforce existing law.

The results are well-documented:

The federal government has the ability to swing a big stick or wave a big carrot. The way it’s exerting its muscle with the Real ID program is an example of the former. An example of the latter is the way the White House has sold the ACA’s Medicaid Expansion. To convince states to enroll an additional 10M Medicaid beneficiaries, states were promised a higher federal “matching rate”—a full 100% reimbursement through 2020, dropping to 90% thereafter. Even so, 20 states remain un-sold on this deal.[ix]

We live in strange times. States fail to enact their own laws. The federal government gives them a free pass even though it has multiple means at its disposal to effect compliance. Medicaid programs are gobbling up budgets, yet no one likes being the candidate who voted in favor of the last tax hike. A proven solution exists in plain sight, but in 2016 if something’s not “The Uber of…” anything, it’s hard to generate attention anymore. All we can hope is that by repeatedly calling attention to the issue, the conclusions will finally be inescapable—it makes no sense embarking on grandiose new visions until we’ve taken steps to maximize existing Medicaid estate recovery law.

[i] On January 9th, 2016 the Seattle Times ran an updated story “TSA gives reprieve on state driver’s licenses” in which they advise that Homeland Security now says passengers could continue using current ID’s through 1/22/18. Some will have until 10/01/20. Currently 23 states and territories have complied with the Act and 27 states & territories have been granted an extension, Five states—IL, MN, NM, MO and WA (and American Samoa) have not complied and have not been granted an extension.

[ii] The other reason states oppose the Act is requiring the storage of “proof of identity” images which they say could be breached and be used to track law-abiding US citizens. They also oppose the US government unilaterally setting standards which have traditionally fallen under the purview of the states.

[iii] It’s a lot like the government telling states, “We can’t force you to adopt a 55-mph speed limit, but we don’t have to share these highway construction funds with you, either.”

[vi] Twenty-two states and the District of Columbia.

[ix] As we approach 2020, those states who failed to expand Medicaid when first given the opportunity were recently offered an extended deadline for the higher matching rate in an attempt to re-sell the deal.?123